Deut 5:11 Thou shalt not take the name of the LORD thy God in vain: for the LORD will not hold him guiltless that taketh his name in vain.

Many consider taking God’s name in vain being when a person uses God’s name as a curse word. This is true, but there is another very important application to this warning.

When we claim to be a child of God, we are claiming His character.

When we act contrary to what He teaches in His word, we are taking His name in vain.

The above text is a repeat of the verse in Exodus 20:7.

God will not hold him guiltless who takes His name in vain.

When we claim to be a child of God, but we live according to the world’s standards rather than Gods, we are taking His name in vain.

This is one of satan’s best tools.

As a child of God, we are to be the light in our community, showing people the way out of spiritual darkness. We are to reflect God’s character. We cannot do this if we are living as the world. 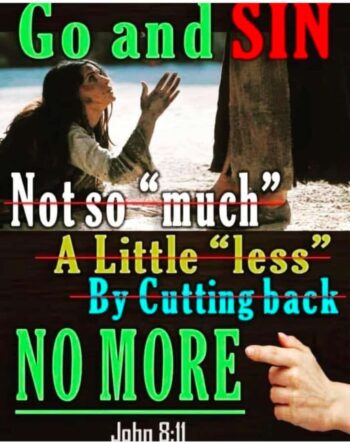 Instead of drawing all men to Him (If I be lifted up…), those who live as ‘android’ Christians, will repel people away from God. Many atheists claim to not believe in God because those who do claim to be believers do not live according to God’s truth.

What??? Do you mean to say that as Christians, we are not to eat, drink, and dress like the world??

YES!!! We are called to be peculiar, to be set apart as a holy people.

We cannot be set apart if we are living as the world.

There is a warning here.

God will not hold guiltless those who claim to be a child of God, but live according to the world. These are those who take His name in vain.

It reminds me of the saying, ‘If you were arrested for being a Christian, would there be enough evidence to convict you?’

Would there in your life?

If you cannot answer ‘yes,’ I urge each to seek God’s forgiveness. Ask Him for help to begin living according to His truth. We cannot do this of ourselves. We can only live reflecting God’s character by depending upon His strength each day. 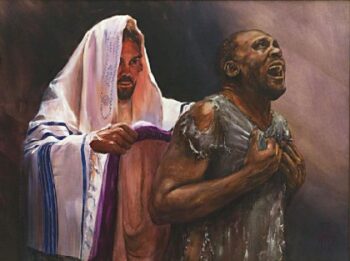 God wishes to transform us by the renewing of our minds. Rom 12:1-2: I beseech you therefore, brethren, by the mercies of God, that ye present your bodies a living sacrifice, holy, acceptable unto God, which is your reasonable service. And be not conformed to this world: but be ye transformed by the renewing of your mind, that ye may prove what is that good, and acceptable, and perfect, will of God.

I pray that each one reading this will seek God’s strength to live lives fully reflecting God’s character, being a light upon the hillside.

Time of Trouble Like Never Was New World Order???? Will it Happen?