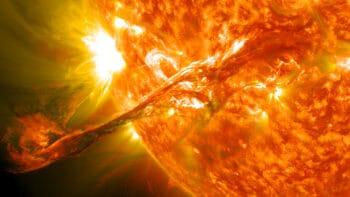 I am one of those people.

I’m one of the millions of people who live with chronic Lyme disease.

Although I do very well the majority of the time (95% symptom free), I do consistently experience negative effects from solar activity and chemical exposure.

Consider where I started at, this is not that big of a deal. Unless the solar activity is found to be increasing in frequency and strength.

Then it becomes a big deal. It becomes a huge deal because it has started to affect the quality of my life.

Over the past couple of weeks, I’ve been in discussion with another like-affected Lymie as to the possible cause and how to negate the increase in symptoms. 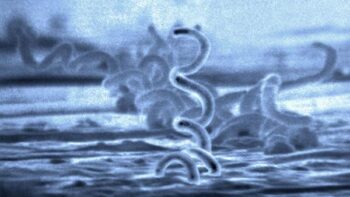 Why there is an increase could stem from God’s withdrawing of His protective hands to men like Bill Gate PLAYING god while he messes with the environment. We know there has been weather manipulation for several years. We have chemicals and ‘directed-energy weapons’ (DEW) which have been used to burn down thousands of acres. (You do not have to agree with me. I urge you to do your own research, outside of MSM.)

The question is whether these DEWs and other manipulative devices can affect the sun’s activity.

The why it is happening is not as important as to the why it is affecting some people so strongly. Then what can be done for it?

For myself, I become very frustrated when I work diligently on my health protocol so I can live life as fully as possible despite the Lyme disease. Then I find myself more frequently having challenges with pain due to something beyond my control. I have been doing a lot of praying, asking God what I could do to lessen this impact on my health.

Why do some people experience such strong reactions, and some do not?

This morning I had an ah-ha moment as to the why. 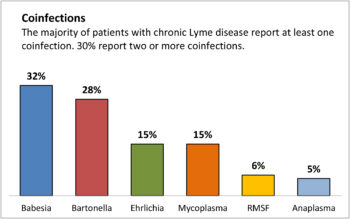 In an early morning conversation with a fellow Lymie, we were discussing this matter. We concluded that we are feeling the effect maybe due to the Lyme spirochete making us more susceptible.

We know that the full moon affects parasites because that is the time they break out of their protective biofilms, dump toxins, and reproduce.

Dr Hulda Clark says that all disease is connected to parasites and poisons. She created an electronic ‘zapper’ to help kill the parasites as part of an overall health protocol. Different parasites operate at different frequencies.

Rife machines operate on the same premise. (I hope you are following me so far.)

We know that the Lyme spirochete is a very social ‘bug.’ It often brings a whole party of ‘friends’ which most call ‘co-infections.’ Each of these co-infections represent a different type of parasite/bacterial infection.

Bacteria tend to create protective coverings called ‘biofilms.’ I often compare these to the Klingon cloaking device. These biofilms keep them from being found by the body’s immune system. It’s part of why Lyme is so hard to treat.

So what if the solar activity acts like a huge ‘zapper’ and breaks up the biofilms on all these various pests we live with on a daily basis? What if instead of only breaking open during the full moon phase, this increase in solar activity has caused a breakdown in the biofilms, allowing the body to begin attacking these parasites/bacterial infections on a larger scale?

Dr Clark recommends different frequencies according to the health condition. What if the solar activity is sending out a large range of hertz frequencies that is killing those buggers?

It is often said that you can achieve a level of recovery from chronic Lyme disease, but you cannot totally eradicate it, mainly because of the three forms it goes through in its life cycle and the biofilm.

But, what if, because of this increase in solar activity, the Lyme could be completely vanquished? What if we, as Lymies, upped our protocols from maintenance level to eradication efforts?

The ironic point here is that IF this is the underlying cause, it could end up being beneficial in the long run. As Lymies, we often include a cyst buster as part of our protocol in order to break through the biofilms.

So what if the increased solar activity is doing that for us?

The next question would be how to handle all of these increased symptoms.

**I must offer a disclaimer here. I am not a medical doctor. I’m in no way diagnosing or prescribing any type of treatment. I’m sharing knowledge to allow you to better work with your own health care provider to meet your specific health needs.

I have spent over 35 years studying alternative medicine and natural remedies. I’ve put in practice the steps I share. I know they work from a treatment perspective, but I’m only sharing knowledge. I’m not diagnosing or prescribing.

First step I’ve done is to increase my use of turmeric paste and Vitamin C. Both of these help with radiation effects and oxidation (resulting from EMFs). I use a bracelet made of magnetic hematite. I’ve been wearing this for some time. It does help in reducing the EMF effect. One of my symptoms due to Lyme is POTS. This bracelet has helped in almost totally stopped my POTS symptoms (with other treatment protocols).

Another step I have taken is to keep shungite on my body. This has greatly helped reduce the negative effects I’ve been experiencing with my heart. (My heart has been feeling as if an ice pick has been stabbing it due to the solar activity.)

What I’m doing next, after this morning’s ah-ha moment is to again begin taking colloidal silver, diatomaceous earth (food grade), and that anti-parasitic Iver M-type of product that has been found useful for CV19.

Since the full moon is coming up in the next few days, I will also use my regular anti-parasitic products recommended by Dr Hulda Clark. I use them the week of the full moon, rather than daily in my current treatment history. In the beginning, I used them straight for two months with great success.

This is a compilation of thoughts I’ve had in my conversations with my fellow Lymie. We have both been battling this disease for a long time. We both are well educated in natural remedies. We are experiencing a reduction of the negative effects from using these products.

I hope this information proves a blessing to those who are living life with Lyme disease and feeling battle worn from the recent increase in solar activity.

**For those interested, I will be editing my food/symptom journal to include solar information. Feel free to contact me through my Facebook page for more information.

Complying Your Way to Destruction: My Why Latter Rain Bible Study Notes