The Great Controversy Interwoven in All Aspects of Society 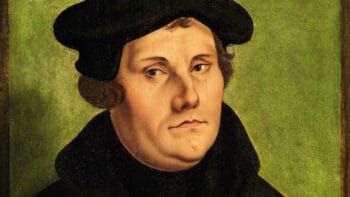 October 31, 1517 was a day that changed history. Martin Luther nailed his 95 Thesis on the Wittenberg church door in Eastern Germany. From there sprang up Protestant churches world wide.

Luther did not mean to split the church, but to correct the errors in it. However, he later realized that this was not possible. He realized that if he was to remain true to the light God had given him, he had to continue the path he started. Because of this action, the Protestant Reformation began that changed history.

It was not without its problems. Because of the Protestant Reformation, there was a ‘counter’ movement by the reigning church of the time. It was called the Counter Reformation. The goal was to wipe out the ‘Protestants’ by any means possible.

This was done through the organization of the Jesuits. The Jesuits were responsible for many of the errors in the Protestant church today. They were responsible for killing millions of Christians who simply wanted the freedom to read their Bible and worship God in the manner their conscience led them.

This ‘controversy’ between the reigning church of the day and the new Protestant Reformation was only a continuance of the ‘great controversy’ between God and satan that begin in heaven thousands of years ago. This controversy has continued under the leadership of the Jesuits to this day today. 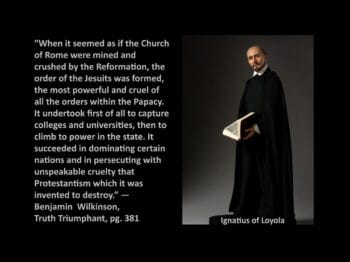 For every one of God’s truths, satan has a counterfeit.

In the early-to-mid 1800’s, the Jesuits led a movement that has destroyed much of the world’s stand on God’s Bible truths. These came under the label of ‘communism,’ ‘socialism,’ and ‘humanism.’ Evolution also began during this time frame. The reason for all these new ideologies was because of the important time prophecies which were being fulfilled. Satan can count too. He wanted to divert man’s attention from the truths being spoken. He still uses the same technique. Distract from truth with ‘red flag’ event.

Satan was determined to wipe God out of every aspect of society through these lies and satanic ideologies.

He has done such an effective job that many of those proclaiming to be Christians do not even know they are following satanic ideologies.

These satanic ideologies have infiltrated every aspect of our society, but especially the government.

The US government plays a prominent role in the last day prophecies. You can read more about this great controversy and the US role in this book. Or this study.

The majority of Americans are ignorant of these important facts. The facts are available if one were to search for them. Yet, the average citizen does not feel these issues have any affect on their daily lives.

This belief is in error. It is the underlying foundation of the current CV ‘schemdemic’ we are living with today. There is a deeper, more sinister purpose for the current propaganda that is being bombarded through the airways today. We are hit 24/7 with a list of lies that keep getting changed. This happens in order to keep us in a state of fear. [Remember, liars change their stories frequently. Truth speakers say the same thing over and over, like a broken record.] 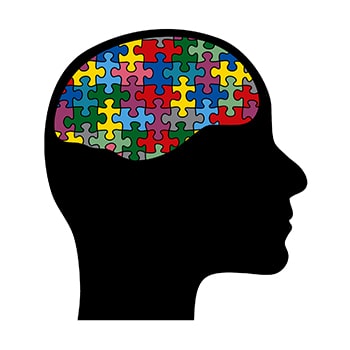 When our brain is filled with fear, for the ‘fight or flight’ aspect of survival, our frontal lobe shuts down. Then we simply react in whatever manner we deem necessary to maintain life.

God tells us not to fear. Fear is a lack of trust in God. Revelation 21:18 tells us that the fearful will not enter into heaven (neither those who practice pharmakeia). When there is fear ruling our lives, it is because there is a lack of relationship and trust in God. We do not believe in Him enough to trust that He has everything in control; that if we walk in obedience to His moral and health laws, that all things will work out for our good.

On October 31, 2017, in another prophetic movement, evangelical churches gathered from all around the world to meet with the Pope to sign a document proclaiming that the Protestant Reformation is over. 500 years has led to people forgetting what they were protesting.

The dogmas of the reigning church of the time have not changed. They have simply been obscured by the Jesuit infiltration the world over. As we are counting down the closing days of this earth’s history, it will be important that we continue to use the Bible as our standard for all truth. If it speaks contrary to what the Bible teaches, it is of the Deceiver/Counterfeiter. It is imperative that we study God’s word now more than ever so we will not be deceived.

If satan can deceive one-third of the angels in heaven, he is wily enough to deceive you unless you are standing on the ‘Rock’ that is Christ Jesus. We do this by studying and meditating on His word on a daily basis.

I pray that this article and links will cause you to think and study as never before. We must make God our safe guard or experience the consequences when His wrath is poured out without mercy during the upcoming plagues.