Exposing the ‘Only Believe’ myth….

Growing up, I heard many times, the only thing we must do to be saved is to believe. If we believe that Jesus came to die for our sins, we are saved. Nothing else is needed. **

Before I am annihilated by those who think I’m suggesting that we can earn our way to salvation by works, let me assure you that this I am not saying that at all.

Eph 2:8-9 says: For by grace are ye saved through faith; and that not of yourselves: it is the gift of God: Not of works, lest any man should boast.

This is very clear, straight to the point. 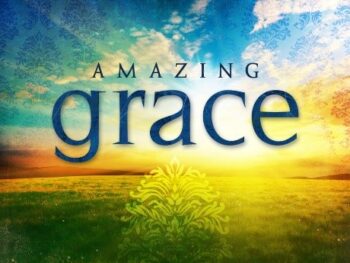 The pathway of salvation does not stop there. After justification, there is the sanctification process. Ex 33:13 says, ‘Speak also to the children of Israel, saying: “Surely My Sabbaths you shall keep, for it is a sign between Me and you throughout your generations, that you may know that I am the LORD who sanctifies you.’

Sanctification means ‘to make holy, sinless.’ In another post, I will go further into the ‘sanctification’ process and what it means. Today, I’m only addressing this dangerous belief that all we must do to be saved is to believe.

We receive salvation because we believe.

Then there is the process of demonstrating we are saved.

Why do we need to do this? Because in James 2:26, we are told that faith without works is dead. Whereas Paul tells us in Phil 2:12 to ‘work out our salvation with fear and trembling.’

Rom 12:1-2 says, ‘I beseech you therefore, brethren, by the mercies of God, that ye present your bodies a living sacrifice, holy, acceptable unto God, which is your reasonable service. And be not conformed to this world: but be ye transformed by the renewing of your mind, that ye may prove what is that good, and acceptable, and perfect, will of God.’

Once we become a child of God, adopted into the heavenly ‘royal’ family, then we are to demonstrate this ‘kinship’ by ‘walking as He walked.’ (1 John 2:6)

In the beginning, man was created perfect, in the image of God. (Gen 1:26-27) We were created to fully reflect God’s character.

After that, the image was marred.

No one with a marred image can be allowed to enter into the kingdom of God.

So Jesus came to earth for two purposes, intrinsically linked together. One: to live a perfect life so He could pay the price of our sin (Rom 6:23), in order that we could live eternally (John 3:16). The second part was inherent to the first. To demonstrate that it was possible to live without sin. In order words, it was possible to live in obedience to God’s law (1 John 3:4).

When we accept this free gift of salvation (justification), the second part of the restoration plan is to sanctify us. This is the ‘transforming’ process with the renewal of our minds (Rom 12:1-2).

Even though we see the result of sin everywhere in our world today, the location of the battle is in the mind. Eph 6:12 ‘For we wrestle not against flesh and blood, but against principalities, against powers, against the rulers of the darkness of this world, against spiritual wickedness in high places.’

Paul takes this thought further in 2 Cor 10:3-5, ‘For though we walk in the flesh, we do not war according to the flesh.  For the weapons of our warfare are not carnal but mighty in God for pulling down strongholds, casting down arguments and every high thing that exalts itself against the knowledge of God, bringing every thought into captivity to the obedience of Christ.’

Rom 16:25-26 says, ‘Now to him that is of power to stablish you according to my gospel, and the preaching of Jesus Christ, according to the revelation of the mystery, which was kept secret since the world began, But now is made manifest, and by the scriptures of the prophets, according to the commandment of the everlasting God, made known to all nations for the obedience of faith.’

Jesus came to make known what the ‘obedience of faith’ looked like.

James 1:21-27 gives us a wonderful explanation.

‘Wherefore lay apart all filthiness and superfluity of naughtiness, and receive with meekness the engrafted word, which is able to save your souls. But be ye doers of the word, and not hearers only, deceiving your own selves. For if any be a hearer of the word, and not a doer, he is like unto a man beholding his natural face in a glass: For he beholdeth himself, and goeth his way, and straightway forgetteth what manner of man he was. But whoso looketh into the perfect law of liberty, and continueth therein, he being not a forgetful hearer, but a doer of the work, this man shall be blessed in his deed. If any man among you seem to be religious, and bridleth not his tongue, but deceiveth his own heart, this man’s religion is vain. Pure religion and undefiled before God and the Father is this, To visit the fatherless and widows in their affliction, and to keep himself unspotted from the world.’

Many people deceive themselves with the modern lie that ‘as long  as you believe’ you can be saved, without any change in lifestyle practices. I’ve seen many who call themselves Christians, who sit in a pew each week, leave church to smoke (a cigarette or joint), drink a bottle of wine, go gambling, have affairs, curse, and regularly cheat in financial matters.

Doers of the word. Throughout the Bible, this same concept is repeated: keep my law; obey my statues; keep my commandments, etc. These behaviors of living like the world will not gain anyone admittance into heaven. We are called to be peculiar. Set apart for special purpose.

1 John 3 has even more information regarding the importance of walking in obedience, being doers of the word. Anyone who reads the book of 1 John cannot come away with the thought that only believing is enough to be able to live with God in the kingdom of heaven. The myth of ‘only believe’ is a lie from satan.

Believing, becoming a child of God, is to include a whole-life transformation (Rom 12:1-2). The old man is to die, to allow Christ to live through Him. We cannot say we are a child of God and continue to live according to the lusts of the flesh.

The greatest proof that this myth of the ‘only believe’ is a lie is that we are told in James 2: 17-22, ‘ Even so faith, if it hath not works, is dead, being alone. Yea, a man may say, Thou hast faith, and I have works: shew me thy faith without thy works, and I will shew thee my faith by my works. Thou believest that there is one God; thou doest well: the devils also believe, and tremble.  But wilt thou know, O vain man, that faith without works is dead?  Was not Abraham our father justified by works, when he had offered Isaac his son upon the altar?  Seest thou how faith wrought with his works, and by works was faith made perfect?’

I can guarantee you that the devil and his angels will NOT be in heaven, even though they too believe.

Is Sickness a Byproduct of Sin? Adrenal Fatigue